We thought that it was high time that we recognised that there is a lot of work that goes on behind the scenes at the JSA - it takes a lot of time and effort to provide people with games week in and week out, and this page allows us to take the time to celebrate those individuals, and the hard work that they put in from an organisation perspective. ​ 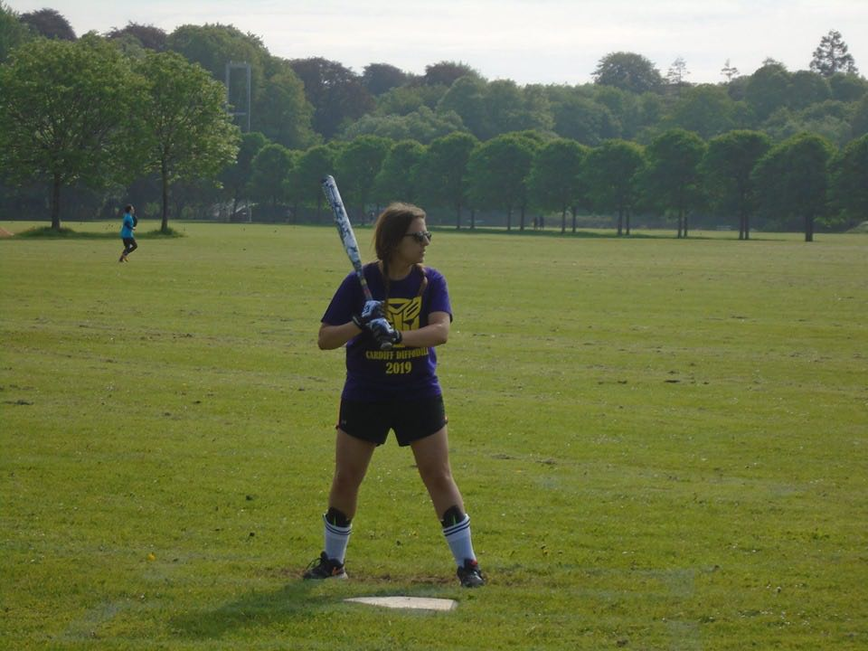 Emma Hunter - Corporate League
Emma started her playing career through Corporate League with the HSBC Hawks in 2015. After throwing herself at Corporate League, it was only a matter of time before she made it across to the Sunday League, where she has been playing regularly for the Motormall Eagles ever since.

Despite being in the Outfield for much of her early years, Emma is a sucker for the infield, and now splits her time between 2nd and 3rd Base. Emma has also taken advantage of off-island travel, making her way to UK tournaments with local Jersey teams on tour.

Her proudest softballing moment came on (of all things) an over slide into 3rd base, where she was called safe by keeping a single finger tip on the edge of the base - A timely reminder to all of you that even the pros sometimes overrun their bases.

We'd also like to remind her of the fact that both her and her namesake Emma Poingdestre won the 2019 Journeywoman of the Year Award (Which we award to the player with the most appearances for OTHER teams - a testament to her willingness to help out any team if they're shorthanded), as well as winning Corporate League female MVP in 2019. 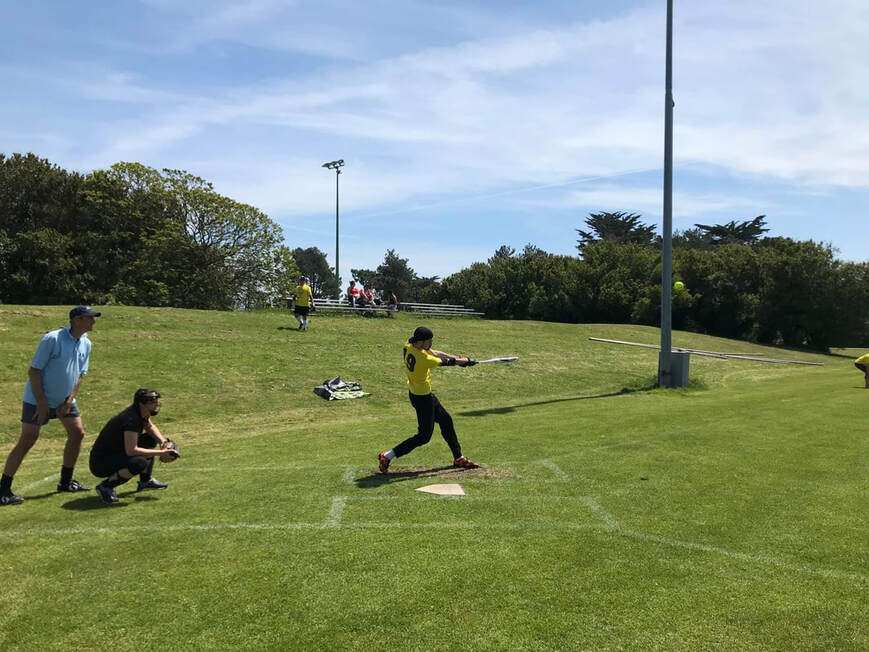 Stuart Emmanuel - Corporate League
Stuart started playing in the Sunday League in 2015 with the then debuting Jacksons Eagles, and has been playing for the Jacksons Phoenix team since 2016. Stuart has been coming up to Corporate League for a couple of years now - a man whose love for the game isn't rivalled by many - this is someone who turned up to Island Trials with a fractured ankle, just so he could watch and learn.

​His favourite position in LF, though he's often brought in to play Short Stop because of his quick reactions and willingness to make the play at all costs, often with spectacular results.

​Stuart has been selected for both Island B and A squads since starting, and has played overseas in both UK and US tournaments, including the Ad World Series tournament where he was named MVP for his team the Thundercats - A moment he considers his highest accomplishment in his Softballing career.

Arguably one of the most aggressive base runners in the island, he moves faster than a high-school rumour, and will sneak an extra base on you if you give him half a chance. If you want someone to help base coach, he's your man!
​ 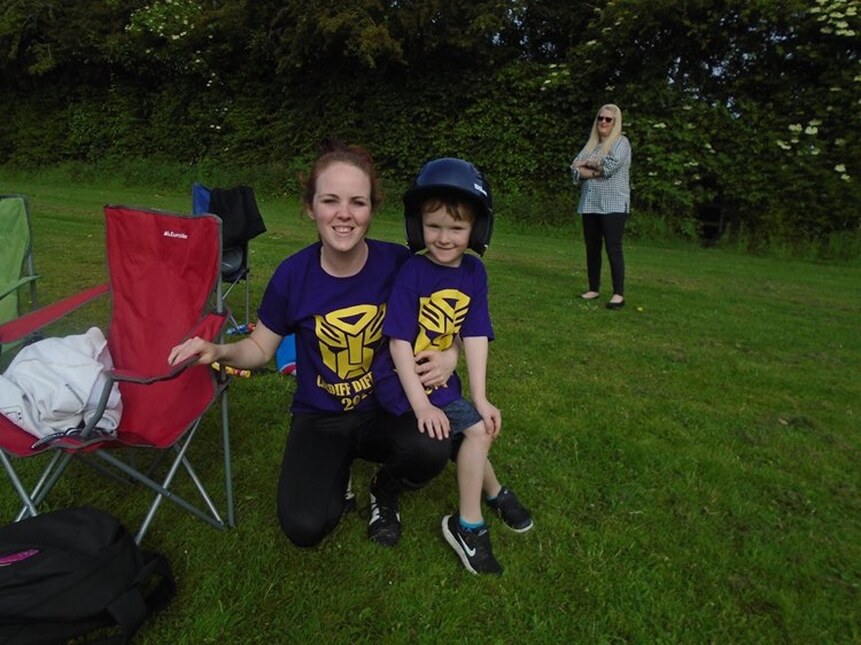 Selina Bideau - Corporate League
Selina has been a part of the league since 2015 with the Jacksons Eagles, and is currently the teams co-captain for the 2021 season.
​
Selina has not only had playing experience, but attended and passed the BASU Umpiring course, allowing her to go to the UK to be certified as a Nationally recognised Softball Umpire. Unfortunately COVID has derailed those plans slightly, but Selina has instead thrown herself at the job, umpiring games both at Corporate AND Sunday League Level.

Selina has also played for many teams at UK tournaments over the last number of years, her favourite being for the Transformers at the Diffodill tournament in Cardiff back in 2019. She's immensely proud to see how much her Sunday League team have developed over the years, and is bringing that same level of enthusiasm to help out with the Corporate League this year. 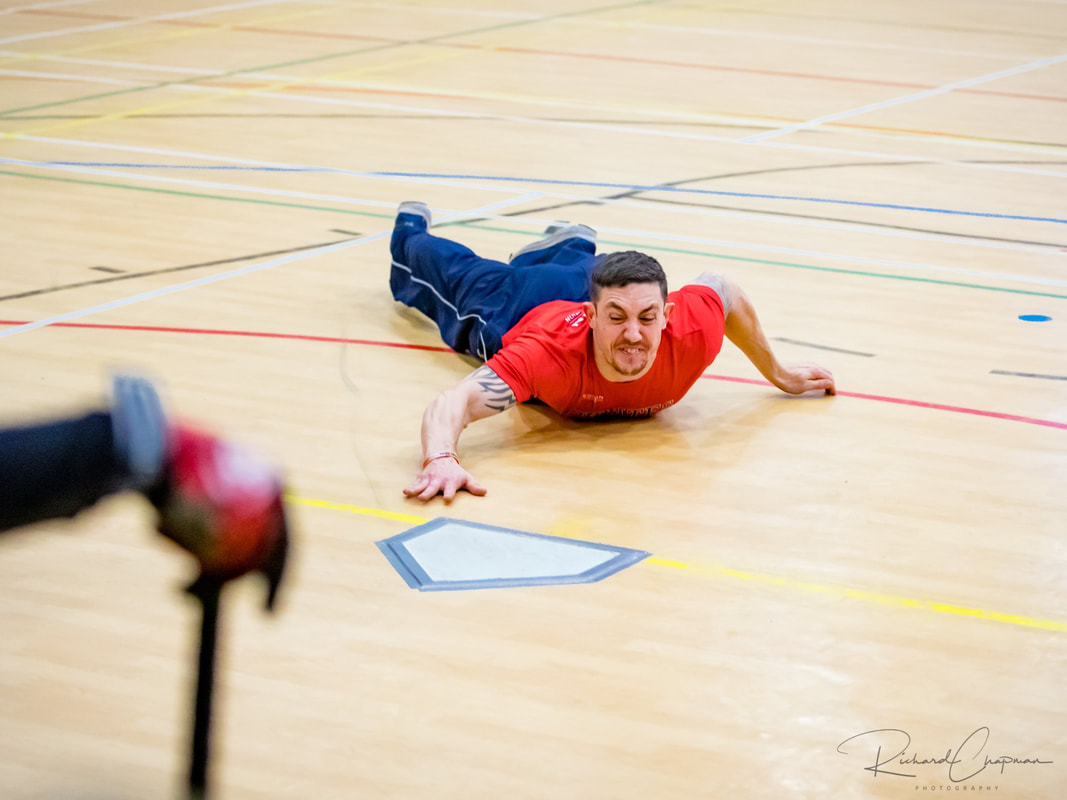 AJ Blackwell - Corporate League
AJ's a fairly recent addition to Jersey Softball, having joined the Redcoin Pirates in 2019, after being picked up by a player he was playing with on a Corporate Cricket Team.

Whatever AJ may have lacked in time in the game, he's made up for with infectious enthusiasm, and a willingness to get stuck in at any given opportunity, The raw physicality he brings to his game means that with a little more experience, he'll be a nightmare for opposition players for years to come

AJ marked the end of a remarkable debut season by being selected for the Island Squad to travel over to Guernsey for the Murattis, and whilst he didn't come away with the result he was hoping for, it's clearly meant he's caught the bug, and he's itching to make 2021 a memorable year with his Sunday League team, the Jacksons Falcons, where he's made the LF spot his own. For 2021, he has also given up a tonne of his time to help the organisers and administrators with securing sponsorship for the Corporate League, which has proved invaluable in providing new equipment for teams. 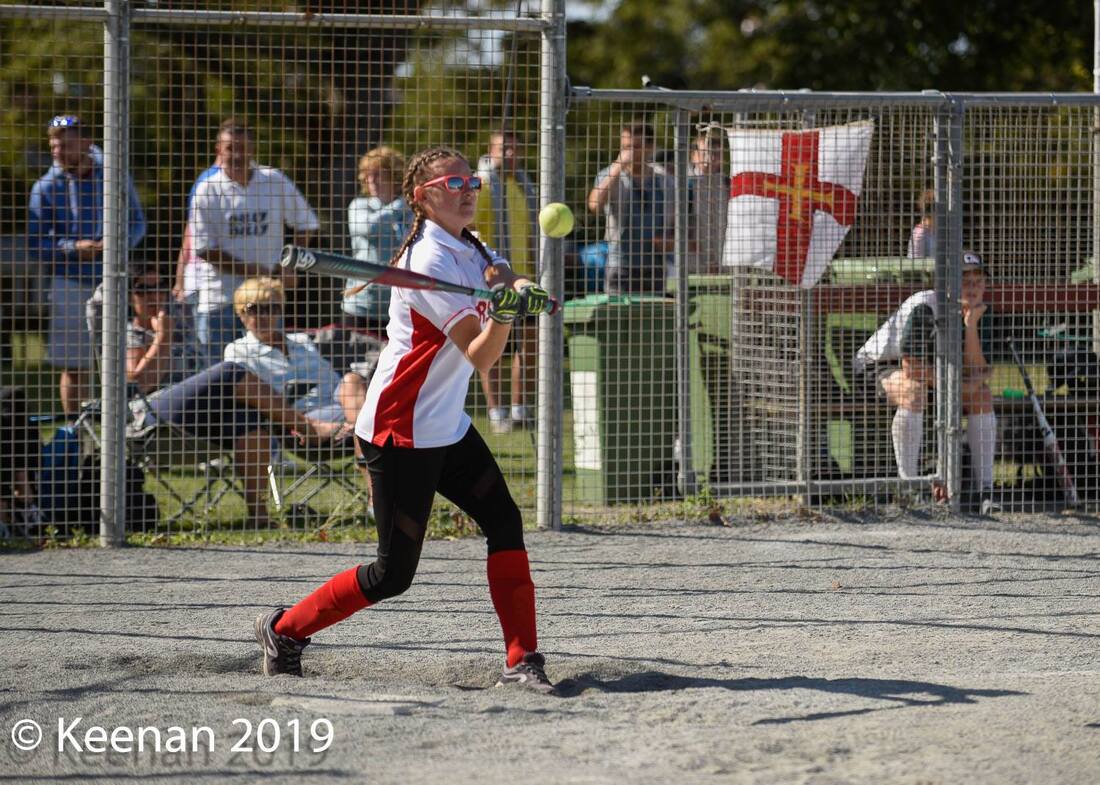 Emma Poingdestre - Corporate League
Much like her similarly named counterpart, Emma Poingdestre ALSO started playing in 2015, and still plays today for...you guessed it - the Jacksons Eagles!
​
Safe to say, they're a team that breeds a lot of enthusiastic volunteers, and we're very happy to have her helping!
Emma came through Sunday League, but has been a willing volunteer in the league for quite some years now - as mentioned in OTHER Emma's profile, Emma P shared the Journeywoman of the Year award for 2019 for helping out the most teams.

Emma's currently playing 1st base for the Eagles, and is making light work of some of the throws coming her way. Her hard work and dedication to the game is paying off, as in 2019 she was selected for the first time to the Island Squads, showing just how far she has come in a short space of time. 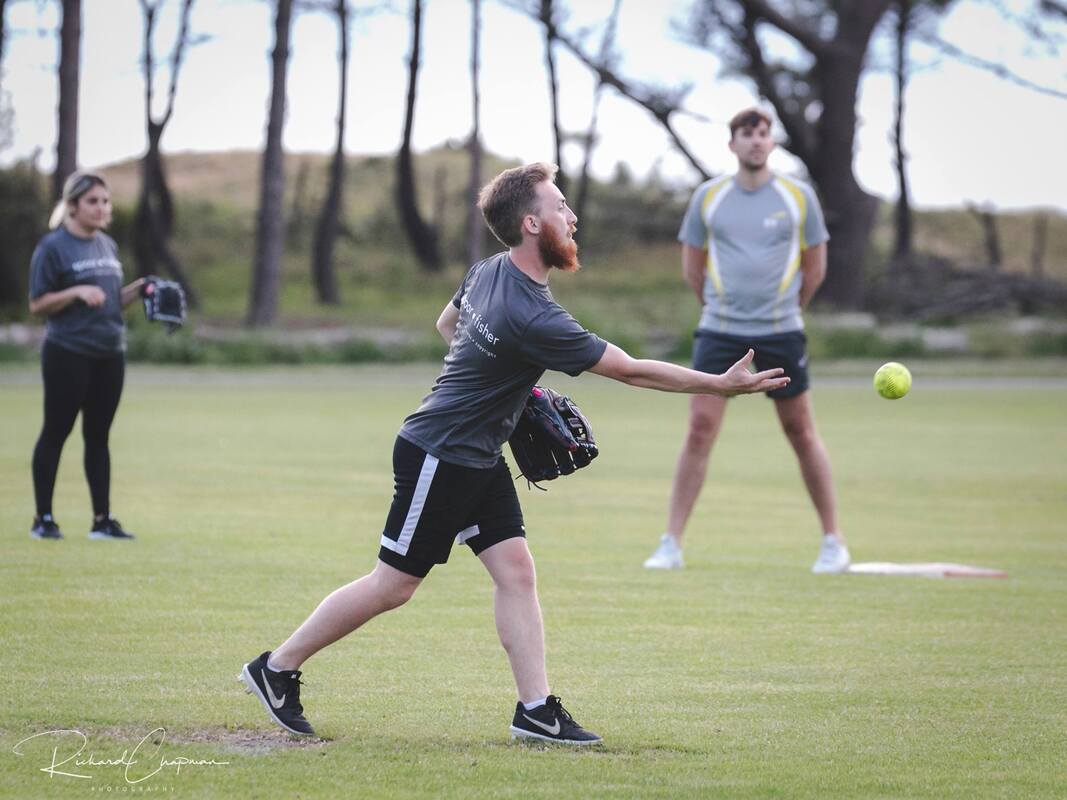 Andy Romeril - Corporate League
Andy started playing Softball in 2017 for the Jackson Phoenix Softball Club in the Sunday League. Grabbing a love for the game early on, Andy trained to become an incredibly capable player, with the physical skills and natural intuition that's made him a very good player of the game. In 2019, he not only coached his Spoor & Fisher Rhinos team to a very respectable finish in their debut season, but he was also selected for the Island Squads for the Muratti fixtures.
He's shown a willingness to help out any team, and offer advice to new players that has proven invaluable to many.

Andy is multifaceted, capable of playing any position - As well as speed in bunches, the man possesses one of the most genuinely discombobulating Fake throws in the league, and has caught many a base runner flat footed at 3rd base not only in the UK but in the US as well (let's be honest, they should know better), imitating JSA Legend Garry Le Maistre.

​It's a trait that he's SO proud of, he's absolutely furious at us for sharing his secret - so, if you catch him starting his throwing motion, make sure you wait till the ball's left his glove - don't say we didn't warn you! 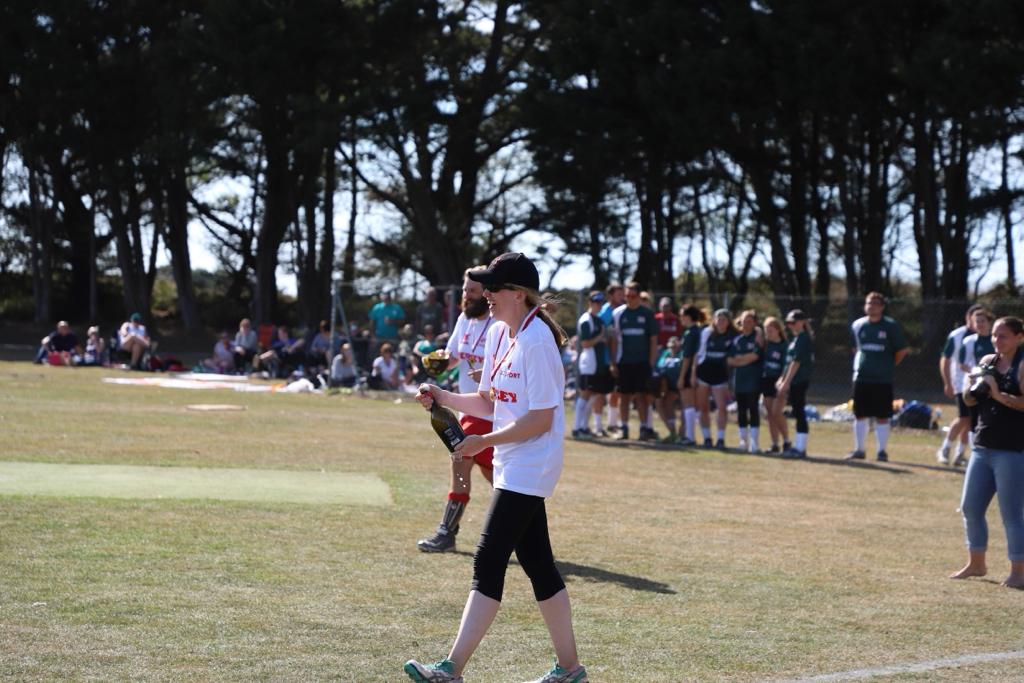 Lindsay Satchell - Vice President
Lindsay started playing Softball roughly 15 years ago, when she was the ripe old age of just 4 years old (YOU'RE WELCOME, LINDS!) playing for the Jacksons Falcons.

Around 10 years ago, she transferred to her current team, the RedCoin Pirates, and you can find her most Sundays as their go-to 1st base, although she has occasionally been known to roam the Outfield!

Lindsay has a glove that may as well have superglue in it, and has sent countless Male Outfielders sprinting into the outfield because they all underestimated just HOW good she really is with the bat.

Her list of accomplishments is extensive, but amongst being the JSA Vice-President, a JSA Umpire, travelling to represent Jersey in the World Series, as well countless other tournaments - her proudest moment (And I can't say I blame her) was captaining the Island B Team to a MASSIVE Victory in 2018, steering an exceptionally talented team to a shock victory over their Guernsey rivals in the Muratti.
Lindsay will go out of her way to help anyone, and is truly an invaluable part of both the JSA and the Corporate League. 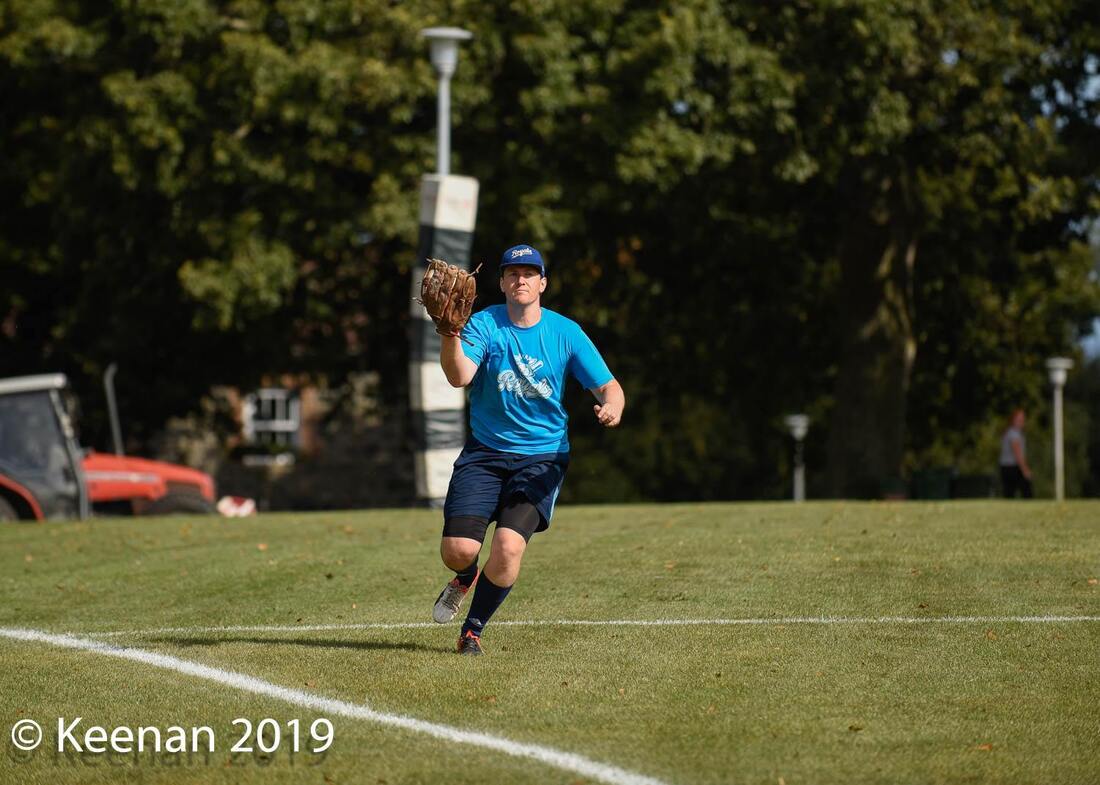 James Marshall - Corporate League Organiser
James's Softball career started back in 2013 with the Barclays Eagles in Corporate League. After being scouted by the Barclay's coaches to come and play for their Sunday League team (God knows what they saw in him!) James started playing in the Sunday League for the Flyers, until 2019 when he decided to start a new team, the Broken Wind Royals, taking a mix of Corporate and Sunday League players to a Div 2 title.

Between 2013-2021, James kept himself quite busy on the organisational side of things. As well as various tournaments in the UK and the US, Becoming a BSUK Certified coach in 2015, Corporate League Organiser in 2017, BASU certified umpire in 2019 - not quite content with the amount of hours sunk into Softball already, decided to become Island Coach for a year as well.
​
James usually patrols LF on Sundays, although occasionally you'll find him Pitching as well - he's said that his proudest moments in Softball are getting his BASU certification (as one of only 3 currently certified in the Channel Islands), alongside scaring the living daylights out of the Guernsey Coach in 2019, as we almost pulled off an ENORMOUS upset in the Muratti's A game. 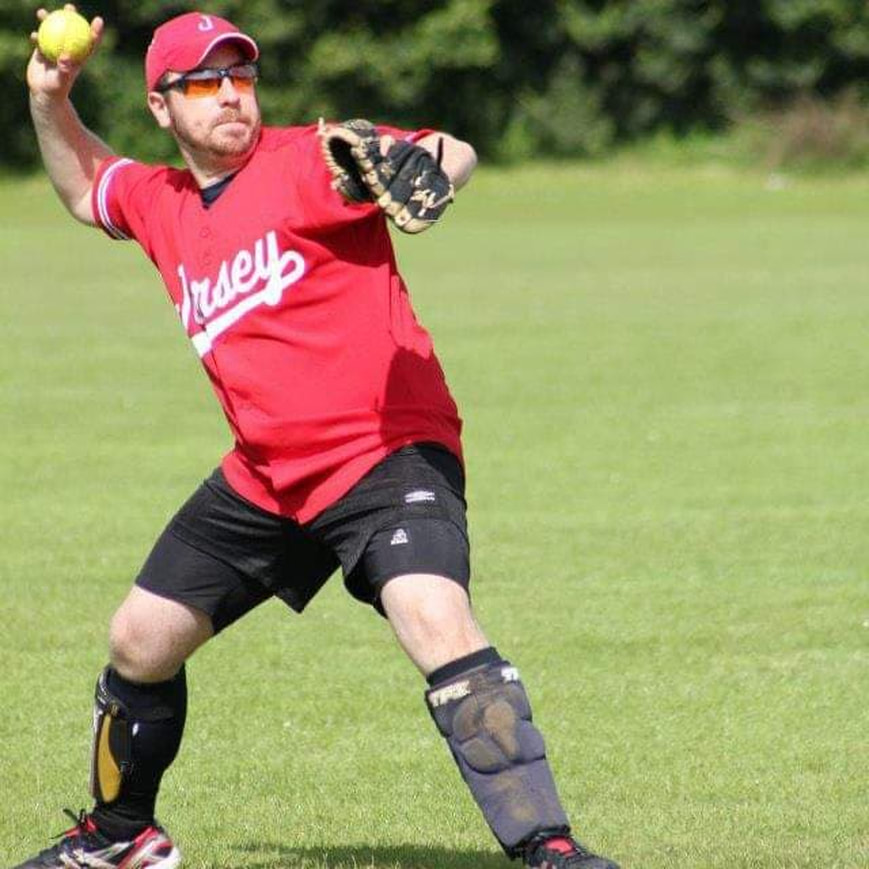 Chris Halford - JSA President
Chris first starting playing Softball in the early 2000's for the Flyers before taking a break due to other commitments.
He returned in 2009, playing in Both the Corporate League for Channel 103 (YES, THAT'S where you know him from!) and Black Horse Finance respectively, and for the Falcons in the Summer League. During his time, he has played for Pirates, Eagles, Cubs and now the Royals, enjoying the opportunity to change and learn from playing with others.

Chris has also represented the Island in both A and B squads in many tournaments over the years, and has lent a tremendous amount of experience and knowledge in various roles in the JSA as an Island Coach, Development Officer and currently as the JSA President.
​
His favourite spot on the diamond is Third Base, a position that requires quick reaction and great communication. It's also where you play a pivotal part when the ball goes outfield. The infield all turn away from play and you hold the key to where the ball needs to be fielded too. Communication is key.

His best softball memory was playing for Bean machine in Guernsey:
"Most of the team were in my hotel room having some fun (maybe a bit tipsy) when the hotel reception called the room asking to stop. I answered the phone with "hello reception" and I proceeded to protest that I was the hotel receptionist and they were messing around with me. Playing the game is fun but the social element of Softball makes it all so much more than just a sport."